Share Tweet Pin Mail SMS
I was contacted recently by Ali, who writes the blog Fat to Fit, about a challenge she was hosting called the Healthy Slow Cooker Challenge, in which participants were being challenged to cook at least one healthy slow cooker meal this week. 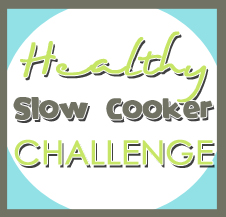 Tuesday, during our drive home from Utah, Squirrel began to complain that she didn’t feel well.  She occasionally gets a bit carsick, so I figured that this was the case.  Yesterday morning when she woke up, however, she was running a fever. 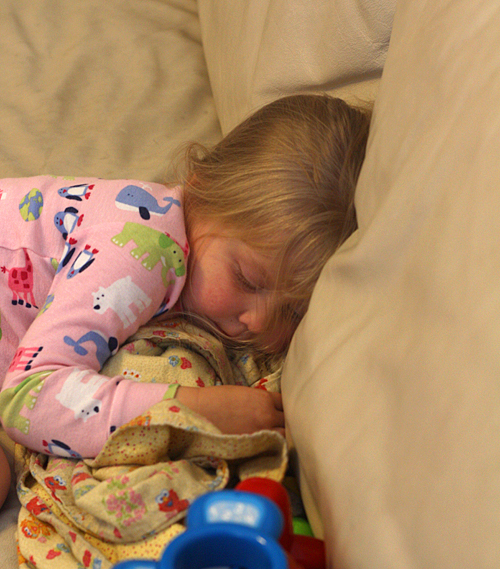 The situation called for some chicken soup and also presented the perfect opportunity for me to participate in the Healthy Slow Cooker Challenge.  The chicken soup that I came up with is really more of a stew, because it is nice and thick.  This stew is like a cross between chicken noodle soup, tori zosui, and sopa pollo.  It’s what might happen if chicken noodle soup took a little trip to Japan and had a layover in Mexico on the way home.  Rice (rice is “gohan” in Japanese) replaces the noodles and helps to thicken the stew.  A note on rice: the rice used in this stew is Japanese rice (japonica), a shorter grained rice.  It is often labeled as medium-grain rice, sushi rice, or Calrose rice at the store.

The stew is very easy to make, requiring very little active work.  Chicken breasts and thinly sliced ginger are stewed in chicken stock for 3 1/2 to 4 1/2 hours in the slow cooker on a low-heat setting until the chicken is tender. 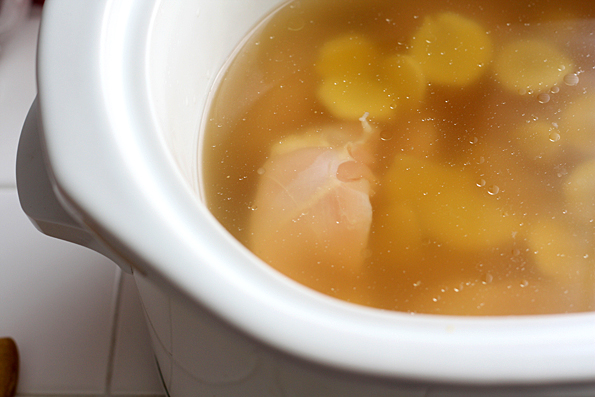 Then you add some rice, carrot matchsticks, and peas, and continue cooking until the rice is tender.  The rice absorbs a lot of broth and becomes plump and juicy.  Some of the rice also breaks down a bit helping to thicken the stew.  When everything has finished cooking you shred the chicken and then stir in some soy sauce and lime juice and serve it topped with thinly sliced scallions and shichimi togarashi (Japanese 7-spice) if you want to add a bit of heat. 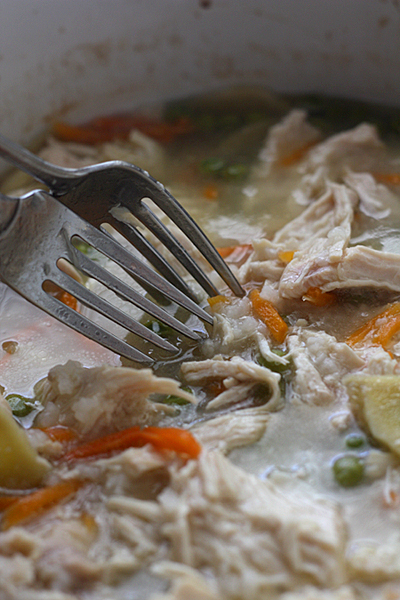 I like to buy large pieces of ginger and peel the whole piece at one time.  I then cut off the amount that I need for the recipe and place the rest in a freezer bag in the freezer for future use. 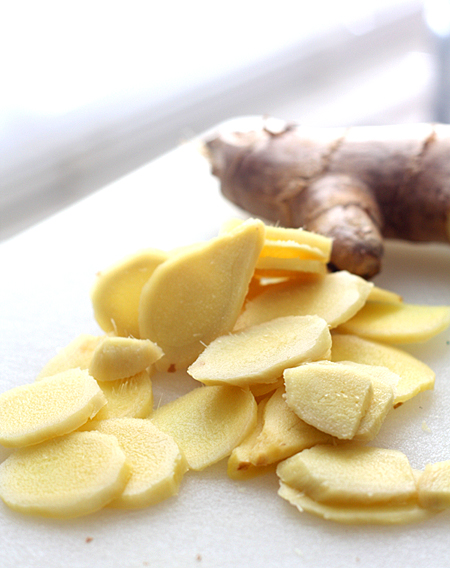 Make sure that your peas (if you’re using frozen peas) have been defrosted.  Adding frozen ingredients to the cooker lowers the temperature of the contents of the cooker and increases the cooking time because everything has to be brought back up to a simmering temperature.  I plan ahead by measuring out my peas and putting them in the refrigerator to defrost the night before, but you could always defrost them in the microwave.

The finished stew is healthy, thick, and comforting with a hint of citrusy tang from the addition of the lime juice.  The perfect way to comfort a little girl who isn’t feeling well—or anyone for that matter! 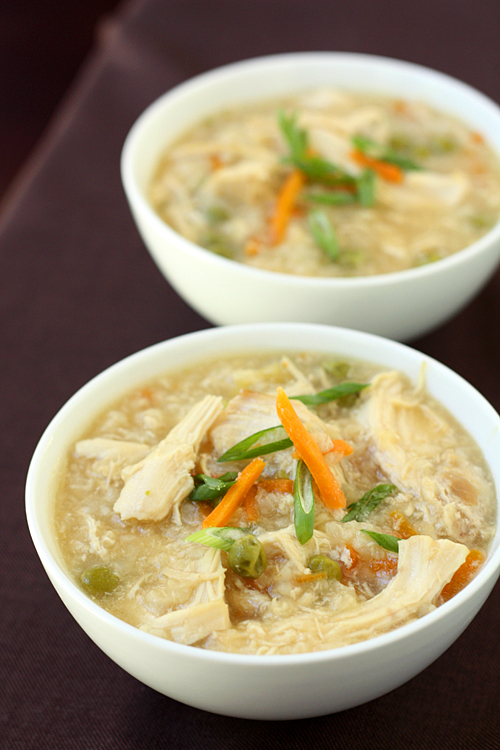 1. Cut the chicken breasts in half (or thirds if the breasts are large) so that the pieces are about the same size as chicken thighs.  Place the pieces in a 4- to 6-quart slow cooker, along with the sliced ginger.  Pour the chicken broth into the slow cooker.  Place the lid on the cooker and cooke on a low-heat setting for 3 1/2 – 4 1/2 hours, until the chicken is tender.

2. Stir in the rice, peas, and carrots and replace the lid.  Continue to cook on the low-heat setting for 40 to 50 minutes more until the rice is tender.

3. Shred the chicken using two forks and then return it to the slow cooker.  Stir in the soy sauce and lime juice and add salt and pepper as needed.  Served garnished with thinly sliced scallions and shichimi togarashi (if desired).

Today is the last to enter my Zojirushi Giveaway!  To enter, see this post for details.