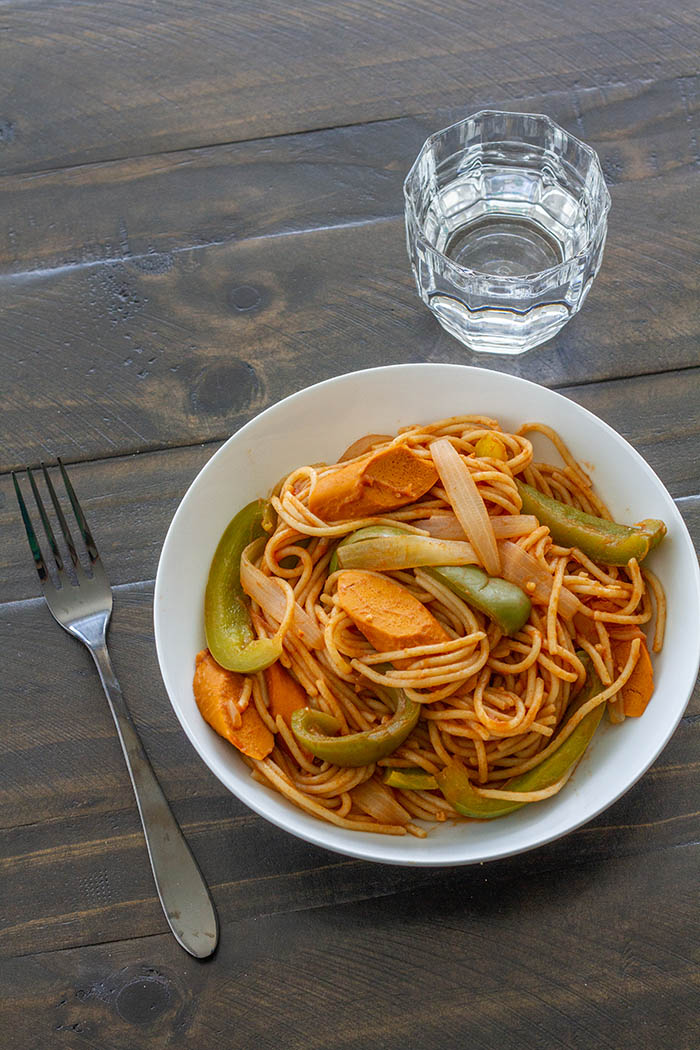 When I studied abroad in Paris, the mom of the family that I lived with made a simple lunch of spaghetti sauced with ketchup on several occasions.  The first time when I sat down to a bowl of it I think my eyebrows were somewhere up in my hairline.  Ketchup had never been anything more than a condiment in my world and here my host mom was treating it like a sauce?  The second time she served it I eagerly tucked in.

When Mr. Fuji and I lived in Japan I discovered a dish in a cafe that served yoshoku dishes (basically Japanified western dishes) called Spaghetti Napolitan—spaghetti in a ketchup or tomato-based sauce with sauteed onions and green bell peppers and sometimes mushrooms, as well as some sort of meat (often mini Japanese sausages).  I couldn’t believe my eyes!  It was a fancier version of the dish that my host-mom had served me.  These were my people!  This dish is believed to have been invented post-World Ward II at a hotel in Yokohama to suit the tastes of American GIs, but quickly became a Japanese favorite. 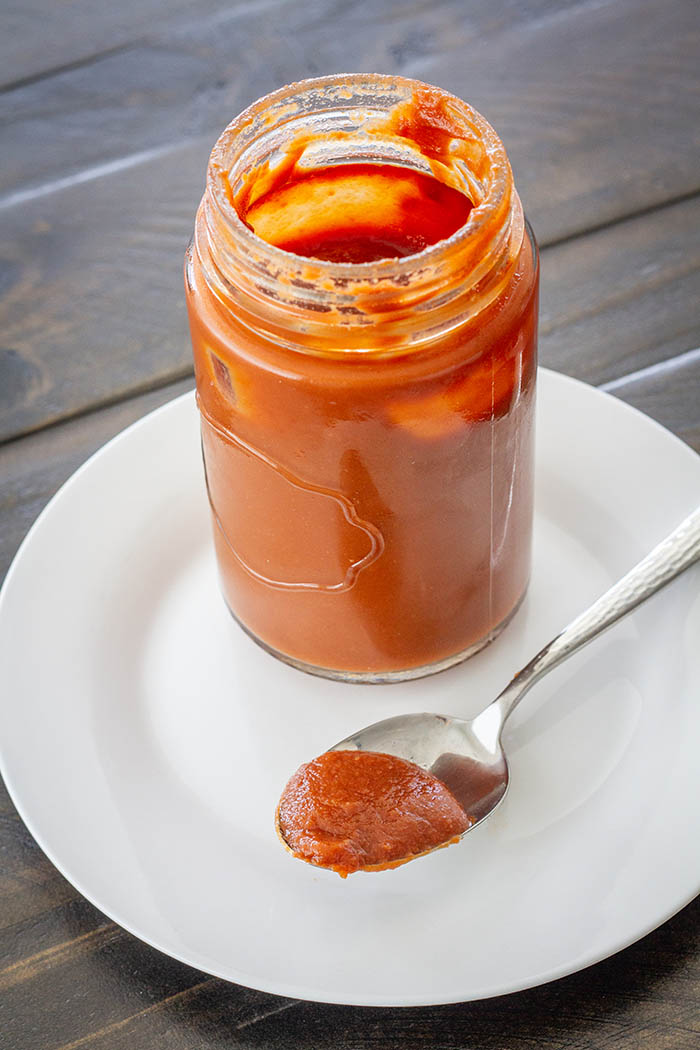 This was an easy dish to veganize.  I substituted plant-based hot dogs for the mini sausages, but you could use whatever you want, or leave the meat/meat-substitute out of the dish completely.  Spaghetti Napolitan also makes delicious leftovers as I think it gets even better with age.  If you want to take it up a notch, use homemade ketchup! 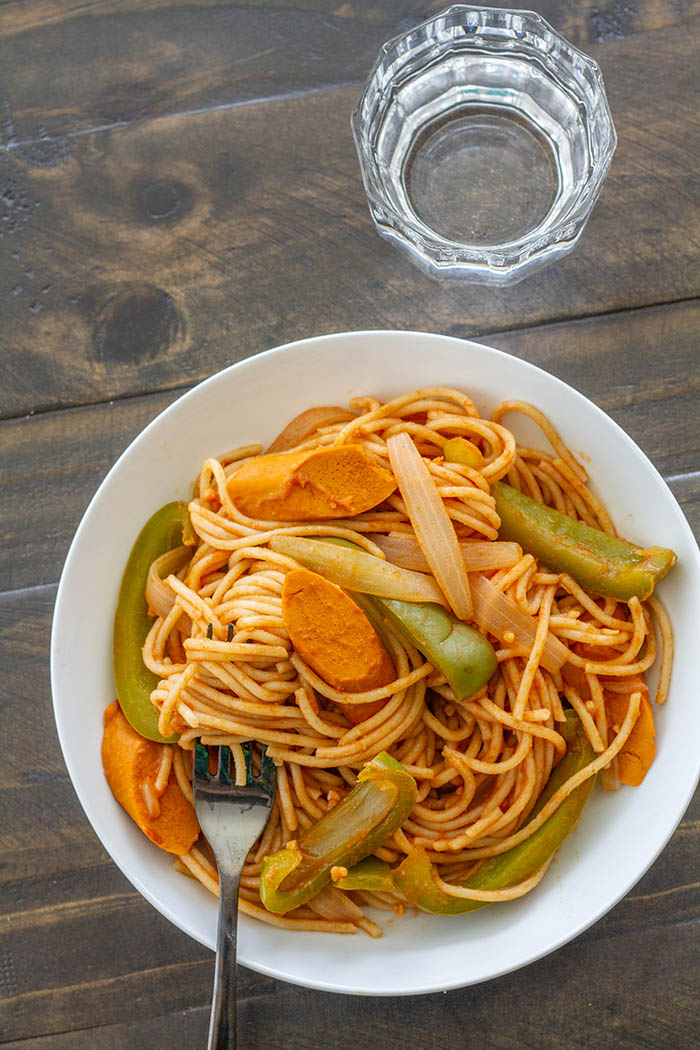 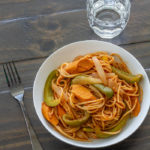 Spaghetti Napolitan is a Japanese dish of spaghetti with sauteed onions and green bell peppers in a ketchup or tomato-based sauce that became popular after World War II and it's oh-so-easy to veganize!